Mental Health in ‘the Industry’

Mental Health in ‘the Industry’

Let’s face it, most people know that it’s hard to get work and can imagine that might be tough, but we live in times of multiple TV talent shows full of people who ‘want it’, have dreamed all their lives of making it etc. In that context some do make it, at least for a while. But the reality is that most performers work hard to get into a college and graduate, maybe getting signed at showcase. Then off you go to find your accommodation, day job and classes. Simple?

Time4change mental health charter states that 1 in 3 people in the creative industries may experience mental health difficulties compared to 1 in 4 of the general population of the UK in a year. Putting aside the cliché of the tortured creative genius, that you need to suffer for your art, or that people who seek creative work are somehow less stable than average, that’s a lot of hurting people working in ways that put them in the path of multiple rejections, scrutiny of appearance/performance/talent/motivation, financial insecurity, irregular work and income impacting on lifestyle and relationships, emotional vulnerability and a feeling of being easily replaceable. I’ll say it again: It’s tough!

I’ll briefly outline of some of the common areas that singularly or together can chip away at a performer’s mental health. This is by no means a comprehensive list.

Take it from a therapist, everyone has a past, everyone has pain, everyone has struggles at times. You take yourself, your real self with you wherever you go and however many characters you play. In fact, ignoring the impact of unprocessed pain from your past will not make it go away. Carry that along with all the instability, rejection and so on and sometimes it all gets too much. When that happens the harder you party or withdraw into yourself or throw yourself into work the heavier it becomes. You might be a brilliant actor but you cannot kid your true self.

Talking to young performers now, I get a sense that there is less pressure to be dangerously thin than was once the case and thank god for that! But when you are your product and going through a dry spell, it can be hard to accept or love yourself.

If you’re in the business and have financial security from elsewhere that’s great. I’m truly glad. But most performers, at least at first, are juggling front-of-house, tour guide, hospitality or other means of paying the rent, with auditions, classes and performance work if they’re lucky. Then, with some jobs there might be an up-front fee for filming eg an advert, but you have to wait an unspecified time to find out if there’s been a buy-out which is where the real money is. I know an actor who had filming for a tv show put back three times which meant more money, but when??

…and lots of it! I’ve even heard of someone who got rejected from a drama school because her jaw, not a feature she’d previously considered problematic, was ‘’too small’…. But usually you get told you’ll hear either way, then never hear. Guess that’s a no then.

I was talking with a young actor recently who was feeling guilty that he was experiencing anxiety during a period of success. Having put in the work, done the multi-tasking, lived hand to mouth and adapted to rejection he suddenly had several audition successes. So why was he struggling?

He couldn’t afford to quit the day job, yet one of the production companies he was involved with needed him for two lengthy, unpaid costume fittings in far-flung parts of London and was coy about the travel arrangements for filming until the last minute. Another production company had good reasons for changing the filming dates until there was a potential clash with another job. Nobody was being deliberately difficult but, even with great agent support, the actor had new complexities, uncertainties and responsibilities to add to the list. 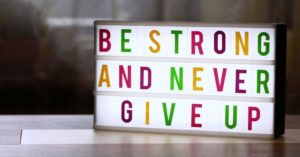